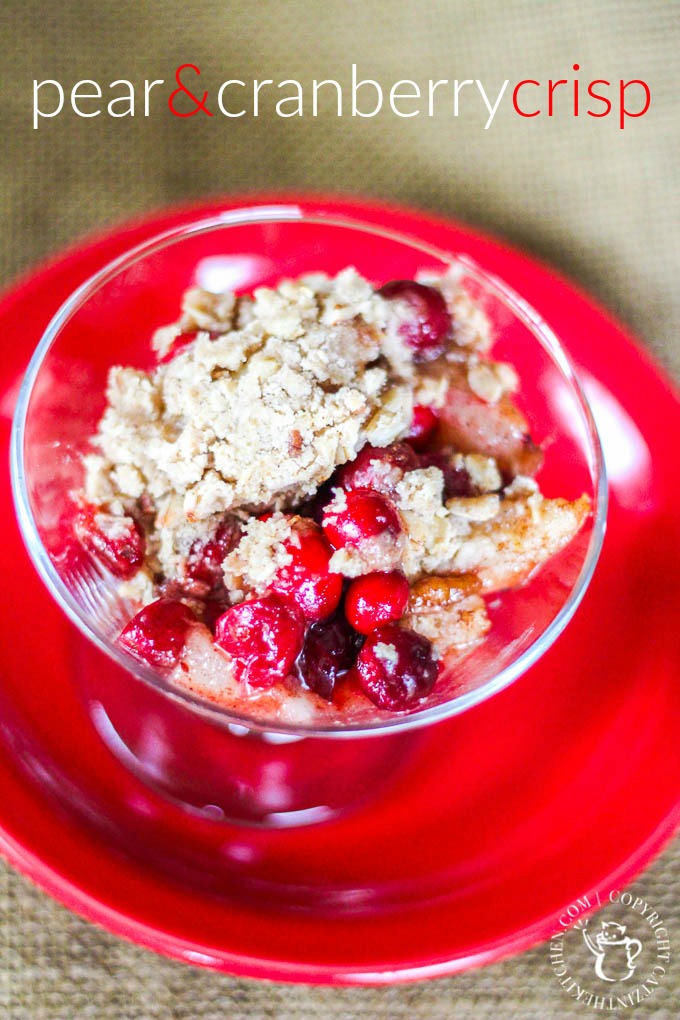 Okay, Halloween has come and gone which only means it’s time to bring on the HOLIDAYS! Yes, I was that crazy person who was listening to Christmas music this weekend. Hey, I know there is an unspoken (okay, sometimes spoken) rule about no Christmas music until after Thanksgiving, but you guys…I’m just so excited. Last year, I was pregnant and while I was loving the holidays, my heart wasn’t in it as much as it usually is because, hello…I was very, very pregnant and for me the holidays just meant one more thing I had to put up and take down while either still pregnant or with a newborn in the house. So this year…I’m going full swing…watch me go!

I don’t cook or bake a lot with pears or cranberries. So awful! But I decided that needed to change and I was going to start with this pear & cranberry crisp! 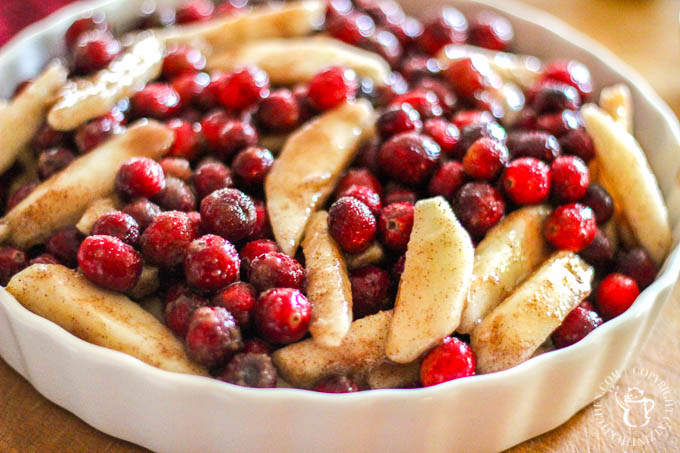 The colors themselves are just so pretty and the flavor, well…I’m having a hard time keeping my husband out of the crisp! He actually ate a bowl of it for breakfast the other day! Apparently, that’s how we do breakfast on the weekends. Or maybe it’s just a guy thing. I don’t know. But I do know, that this crisp is really easy, really beautiful, and really really good! It’s sweet, it’s tart, it’s everything magical about the holidays! 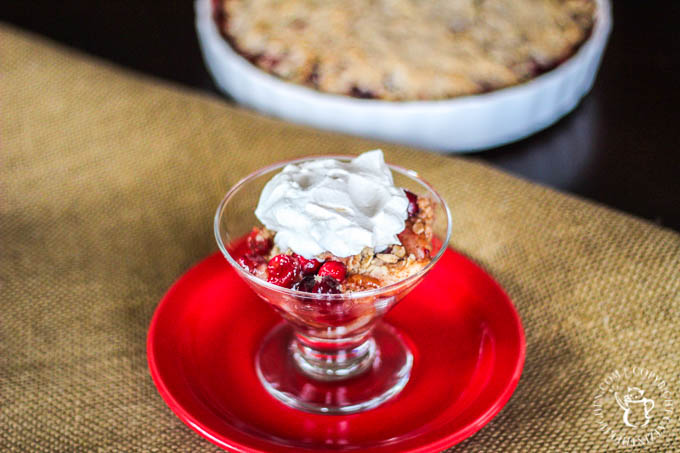 Ha, I may or may not have already listened to a few tunes myself �� Love this dish girl!!

This dish looks delicious, I am going to give this a try when the kids are in bed, prefer not to share ;)

Thanks, Alice! My husband has had a hard time staying out of it once our kids are in bed. Don't forget the whipped cream or ice cream ;)

It's the perfect treat to get you excited about the holidays! :)