This sweet and savory Apple & Onion Stuffing is just as easy to make as the stuff from the box, but tastes better, looks better, and is better for you, too! 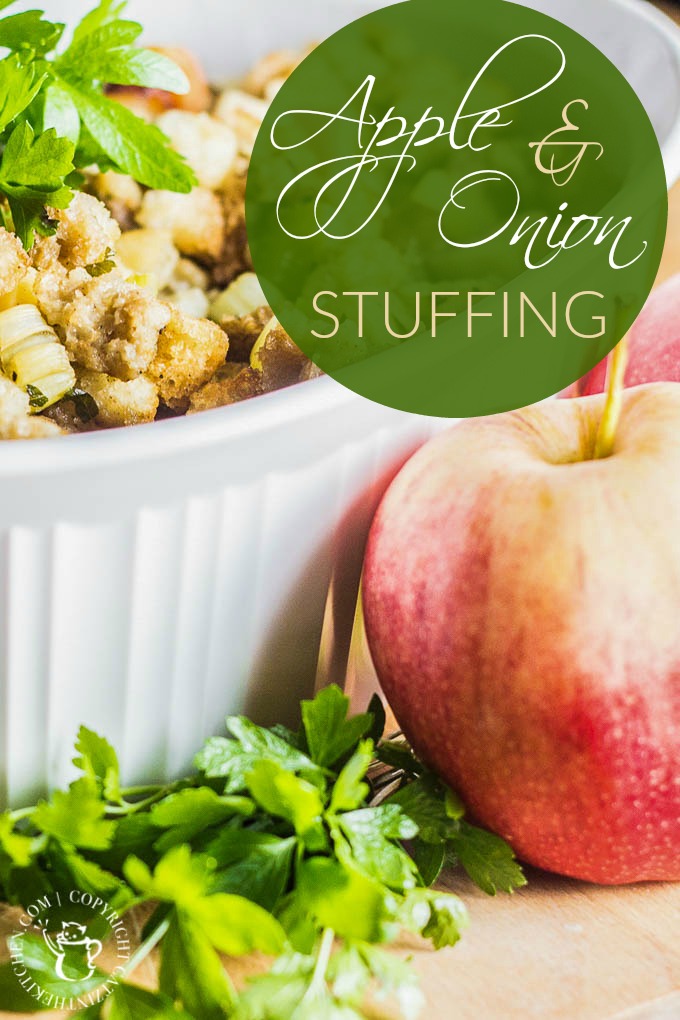 I’ve always wanted to make my own stuffing, and I seriously considered making some last year when we hosted Thanksgiving at our house, but not enough time to experiment and so many coupons later, I figured it would just make more since for me if I took some help from the store – that way I could focus on other dishes that needed my attention, like this sugar cream pie, my mom’s candied yams, and this broccoli salad. 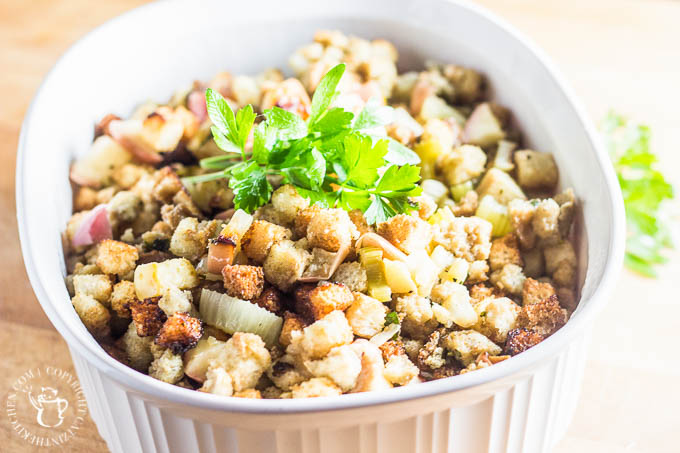 This year I promised myself that I was going to make stuffing regardless of whether I was hosting Thanksgiving or not. Since I’m a food blogger and part of my job is helping all of you readers get ready for Thanksgiving with some new and fun ideas, we had Thanksgiving a little early at my house. I spent a whole day working on stuffing, pie, and yes, turkey.

Not that this apple & onion stuffing took long to make. It was by far the easiest of the three recipes I’m sharing with you this week and also the last of the dishes I made. The pie cooled while the turkey finished roasting and I got working on the stuffing. Yes, preparing homemade stuffing takes a few minutes longer than opening a box of the pre-made stuff, but in my opinion it tastes way better and is so much prettier to look at! 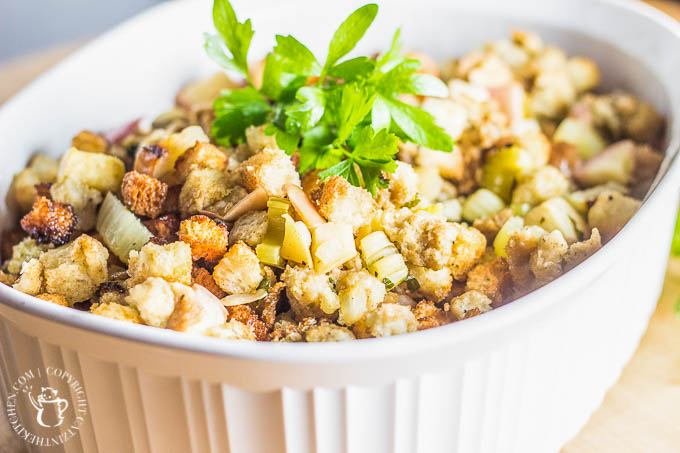 This Thanksgiving, try making this sweet and savory apple & onion stuffing. It doesn’t take long and it feeds a crowd. If you don’t have a crowd coming over, then hello black Friday leftovers!

Original Recipe by Rachael Ray for The Food Network

[…] just over here dropping the Thanksgiving ball, but really you are in good hands. We’ve got a delicious stuffing recipe on our site, as well as my family’s candied yams, and we’ve got lots of pies to choose […]