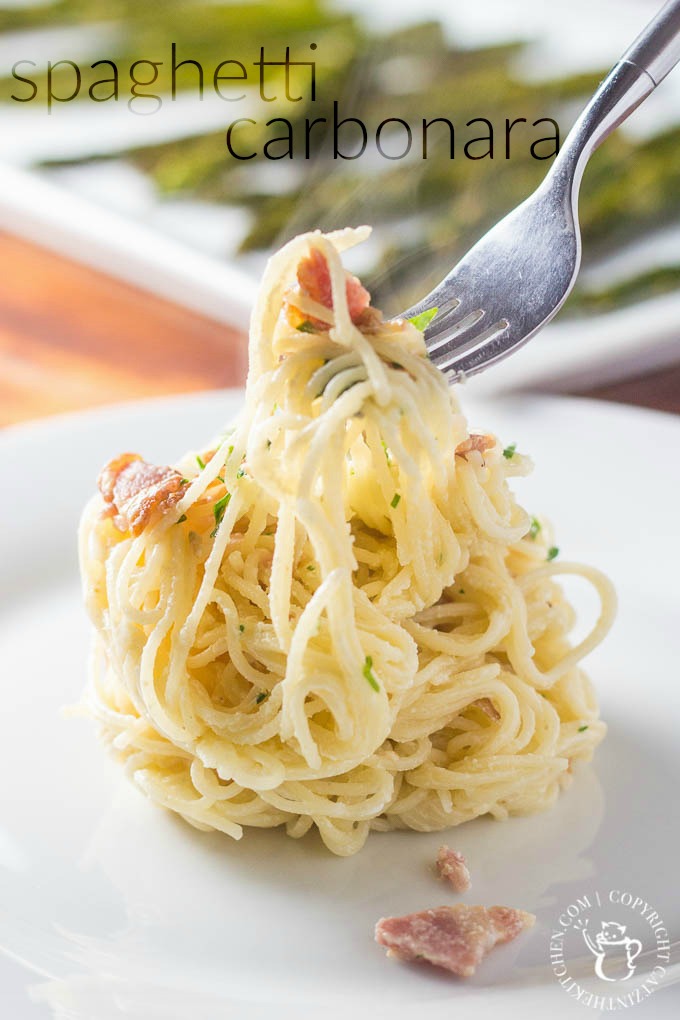 If I were to ask my daughter Grace what she would like to see for one of the dinners on my menu on any given week, 99% of the time she would request spaghetti carbonara. If I were to ask her why she likes it, she would just shrug her shoulders and say,” I don’t know. I just like everything about it!” Kids these days. They just can’t give ya a straight answer.

I love it because it has bacon in it and any recipe with bacon is a winning one. The other thing I love about it – it’s simple. Simple ingredients thrown together to make a hearty bowl of pasta that feeds a crowd…and when I say feeds a crowd, that’s what I mean. Martha Stewart states that the recipe serves four people. I don’t know who these four people are, but it fed the four people in my family (excluding little Christian because he’s not on solids yet), plus, Josh had seconds. And Grace had seconds. And Eden had seconds.  And I still had half a bowl of pasta left. These kids weren’t having tiny helpings either. They had generous scoops of pasta placed onto their plates. So while Martha Stewart may be the Suzy Homemaker Queen B, in this case, she needs some help with her math skills. No offense, Martha! 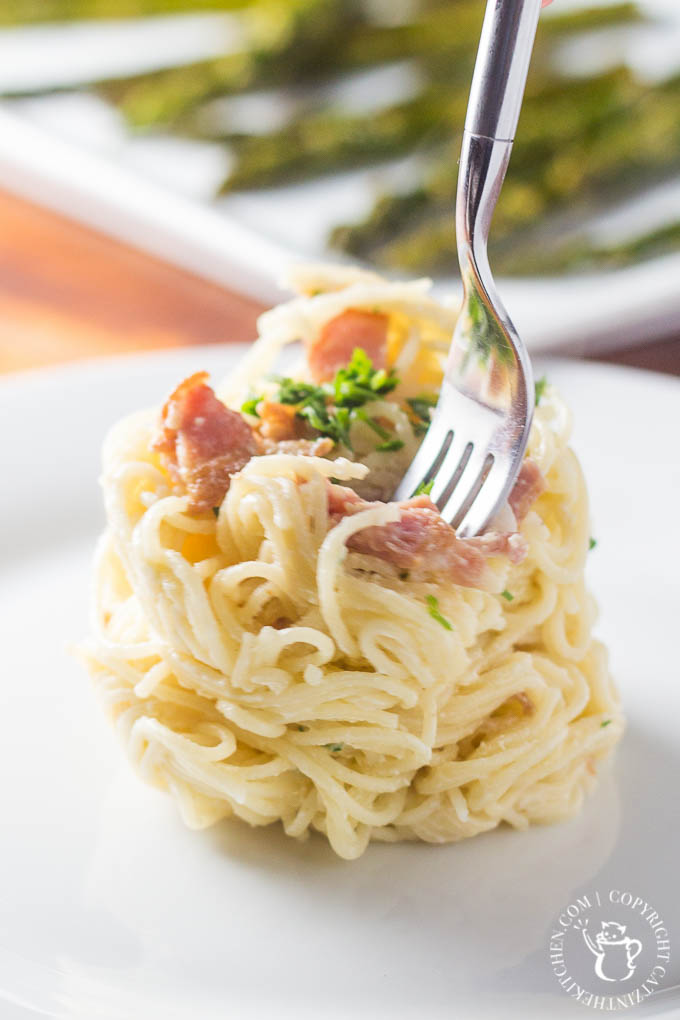 If you are a family of four devouring this dinner, each serving is only 333 calories. But you could lighten that up even more with whole grain pasta, turkey bacon, and reduced fat parmesan cheese. I love a meal that allows itself to be switched up like that, and if you are anything like my daughter, you will love this dinner, too! 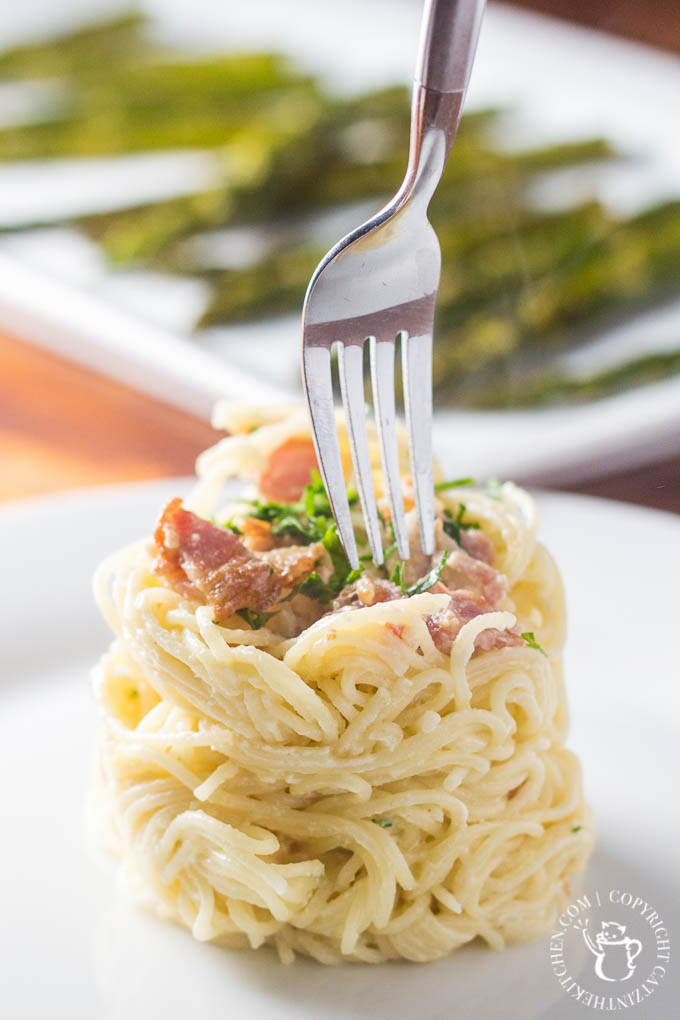 […] the pancetta and up the ante of how much we use while we’re at it. We also sub in bacon with our spaghetti carbonara recipe on the blog just like we do in this pizza […]

Carbonara Pizza - Catz in the Kitchen

[…] pancetta and up the ante of how much we use while we’re at it. We also sub in bacon with our spaghetti carbonara recipe on the blog (aka Grace’s fave pasta recipe) just like we do in this pizza […]