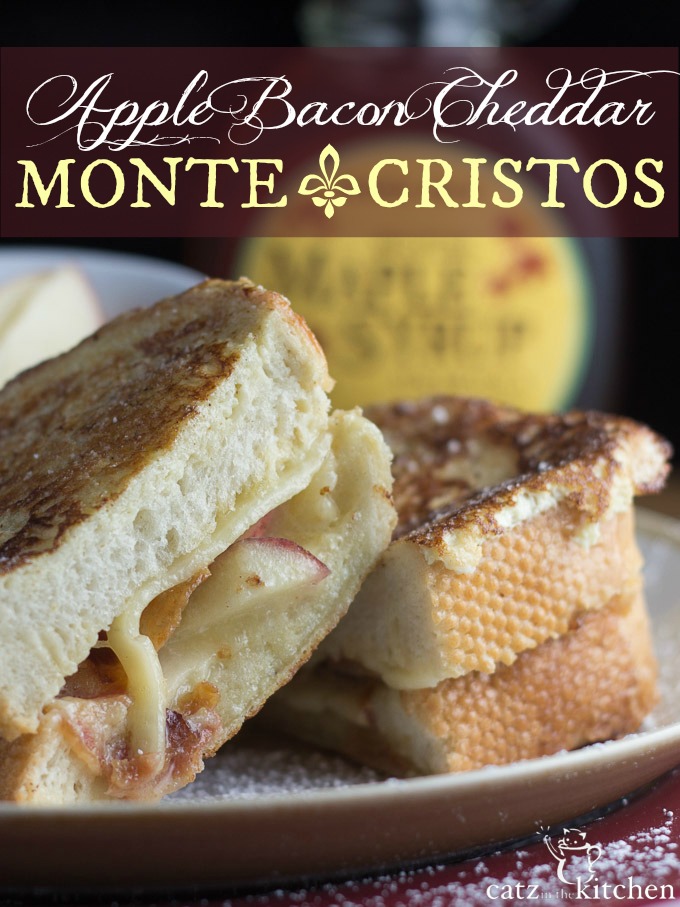 I’m not certain I need to write anything to convince you that it’s a good idea to make these sandwiches. Can you call them sandwiches? Does that do them justice? Can we really just sit here and pretend that these drool-inducing pseudo-Parisian tastebud-slaying stacks of pure, unadulterated yum belong to the same family as PB&J and ham and cheese?

Thus, we dub thee “Monte Cristo,” a much more worthy moniker for such an illustrious plate. Obviously, this is not a completely traditional Monte Cristo, but it’s closer than I originally thought. I’ve had different takes on the Monte Cristo (and its traditional forebear, the Croque Monsieur) over the years, but I really fell for the one I had this past spring (in Disneyland, of all places – Cafe Orleans, for inquiring minds). It was traditional in some ways (ham and cheese, served with jam, etc) and a bit less in others (completely battered and deep fried), but wow. It was off-the-charts insane. I died.

And had myself resuscitated, just so I could have another bite and die again.

I’m working on figuring that recipe out. Clear eyes, full heart, two deep fryers…I’ll get it. And when I do, so will you. Be forewarned – you may want to fast for a day or two before consuming that one. Anyway…this is not that recipe. But it is fantastic. 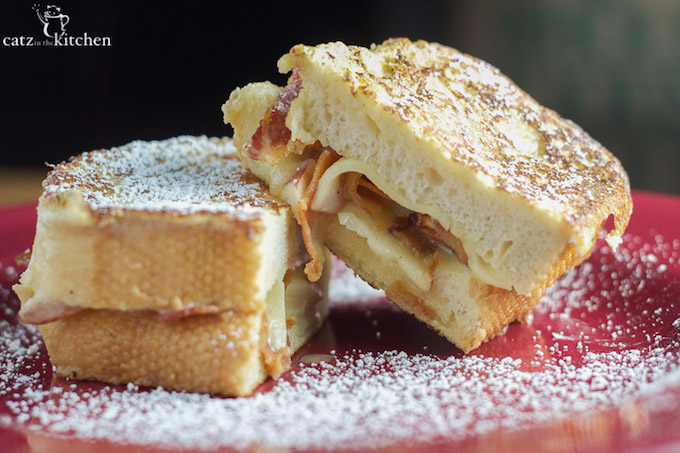 This recipe is a Rachael Ray favorite, and it is beyond mouthwatering. We had some sharp white cheddar in the fridge, some bacon that needed eating, and a still-warm loaf of French bread from our local market bakery, and I thought, hey, why not try this simple meal? The ingredients are pretty amazing – it can’t go too far wrong!

Well, not only did it not go wrong, but it elicited some of the strongest positive reactions from my little family that I have ever seen. We were gathered around the coffee table for a casual meal and a favorite Food Network show (probably Cutthroat Kitchen, if I had to guess), and everyone just stopped eating. We all set down our sandwiches and stared at each other for a minute.

The ingredients are failsafe, to be sure (apple, bacon, sharp white Tillamook cheddar, and what is essentially French toast), but drizzling it with real maple syrup and sifting a bit of powdered sugar on top just elevated the yum factor…off the map. Or the chart. Radar? I’m not sure which metaphor I’m supposed to be mixing here. For the record, I dipped mine in blueberry preserves, but that may be a bridge too far for some. 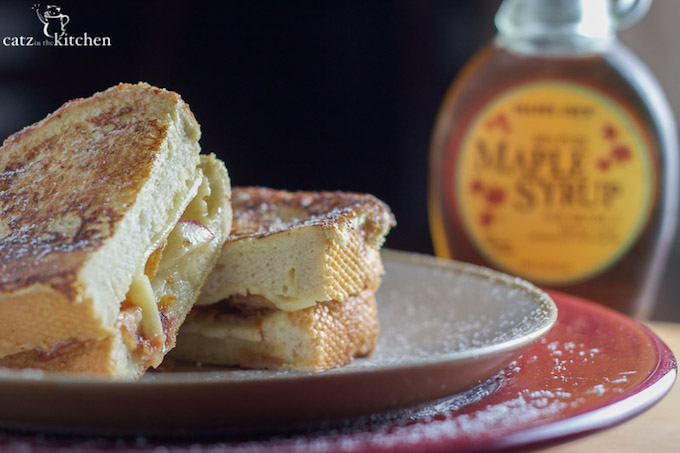 I’ve said too much. I’m beating a dead…no, I hate that saying. You need to eat this. As in, stop everything you are doing and make it now. Already have dinner made? Throw it out the window and eat this. Okay, don’t throw it out the window. Give it to a neighbor. Or to a family less fortunate (if we’re going to bring morality into this…). They’ll think you’re very generous…until they see what you’re eating instead.

The best and yummy Monte-Cristos Sandwich ever!No matter what their particular tastes, this is a family pleaser! Everyone loved it in my family.

Oh god these monte cristos are all I am craving right now. They are the perfect comfort food - pinned!

Comfort food is right! I can't wait till we make them again!