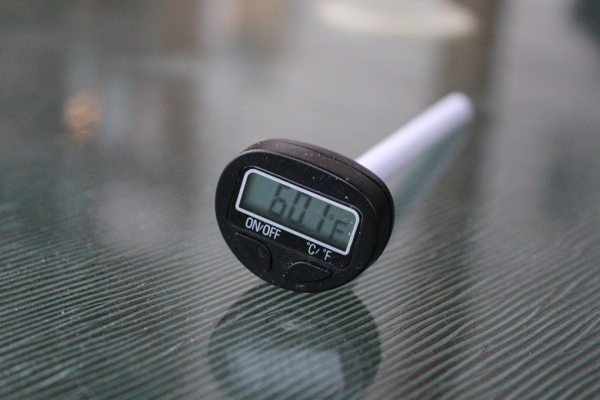 Believe it or not, we’re closing in on the beginning of grilling season. Yes, at least here in the evergreen north Willamette Valley, spring seems to be setting in a bit early this year. No, we’re not breaking out shorts and shades (that comes in about August), but the constant drizzle is giving way to persistent showers, and the ever-temperate level of mercury in the thermometer is rising ever so slightly, from its normal low 30’s into the mid 40’s. Thus, I declare grilling season (the only season that truly matters) to be right around the proverbial corner.

In celebration of its advent, I’m planning a few posts on the basics of grilling. Let’s be clear: there are a wide variety of grilling basics I have yet to master, or even attempt! However, I have a few things I’m pretty comfortable with, and I like to think I generally know my way around a grill (or at least know what I’m not good enough to mess with), so I’ll share some tidbits as they return to me after the long winter hibernation.

Believe it or not, last year was the first year I purchased a “real” grilling meat thermometer. I had a simple beef thermometer that I used during my massive burger phase, but I never took the time to purchase a decent, digital meat temperature taker! After visiting my grandpa in Southern California last May and using his to grill a lime-chicken-cilantro-quinoa-avocado feast for thirteen people, I knew I had to have my own. Luckily, it’s one of the least expensive purchases you’ll ever make for your grilling ensemble – a nice one is about $15-20, while inexpensive ones (which will work just fine) go for about $6-10 at places like Harbor Freight Tools.

Using a meat thermometer couldn’t get a lot easier. Figure out what temperature you’re supposed to get the interior of the meat to, grill for a while, and then stick the thermometer in and see how close you are (you don’t want to puncture meats like steak and chicken too often, or they’ll start to lose their juiciness, so follow the recommended timeframes before you check). Here’s what you’re shooting for (at a minimum), according to the FDA:

If you want something to print out and keep with your grilling equipment, here’s a nifty PDF that the government put together just for you (actually, they put it together for expectant moms, but I don’t think they’ll mind). I would add a couple of caveats to the FDA’s temperature recommendations. First, remember that protein will continue to cook internally for a few minutes after you take it off the grill. So, for example, if you’re shooting for 145 degrees on your steak, you probably want to take it off the heat at about 135 and let it rest. Also, these are recommended “safe” temperatures – meaning, you may prefer the taste at a slightly lower temperature, which is probably fine, but you experiment at your own risk.
The most important point I can make when it comes to the meat thermometer is this: use it with chicken. It’s important to get beef to it’s minimum temperature, but eating a rare steak probably isn’t going to kill you. Raw chicken? That’s another story. Get a thermometer, even a cheap one, and use it. Chicken breast, especially, can be tricky. Every breast is a different thickness, and the fact that it looks tasty on the outside is exactly no indicator of how done it is inside. Even if you lay aside the safety concerns (don’t), the impact to your meal can be just as severe. If you don’t get it right, cut it open to see if it’s done, put it back on the grill, you’re not only wasting time, you’re going to have one dry chicken breast.
Get grilling! 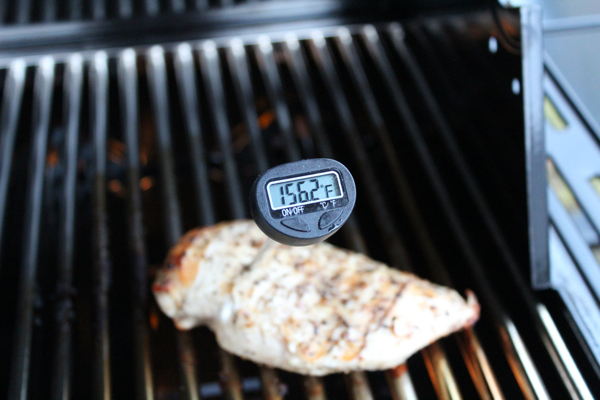