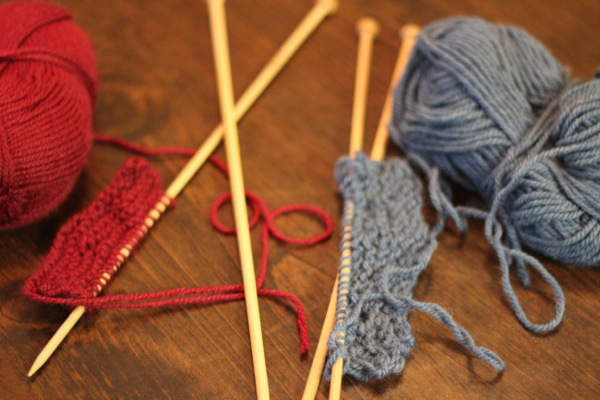 1. This last week while were visiting my sister and brother in love, I got a real quick crash course in knitting. It’s HARD!!! My sister said, I’m a pretty tight knitter…which probably made it even harder for me and which is why my hands began to ache. I attempted to make a potholder, but my lack of patience won out and I ended up making a blanket for one of Grace’s My Little Pony’s instead.

2. It’s allergy season and I want to die! I can’t stop sneezing, rubbing my eyes, blowing my nose, and I have constant drainage which is causing my throat to hurt a little. It sucks and I can’t wait for this month to be over so I can live a normal life again.

3. I did Zumba for the first time last week with my sister. It was harder than I thought it would be and I ached for a few days. But I really enjoyed it. Not sure what I liked more though, the exercise itself or the amount of calories you burn while doing it, lol! 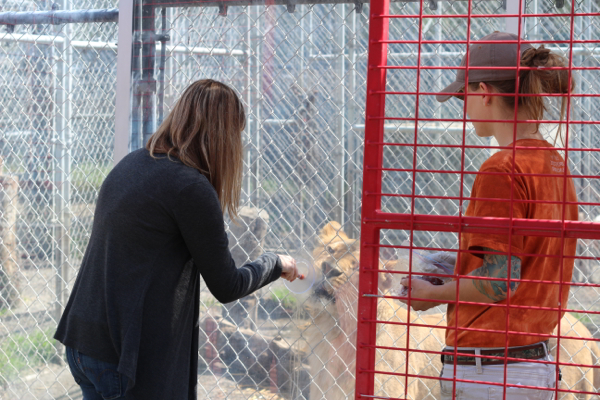 4. I fed a lioness last Thursday! It rocked my world and I fell in love!

5. This morning, I allowed my husband to wake me up at 7am. I’m going to try getting up with him in the mornings so we can be together, do our Bible study together, and eat together before he leaves for work. I’m reallly sleepy, so I hope I can keep this up. 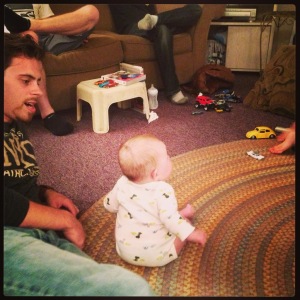 6. I cannot believe it! This little guy has been working on his balancing the last week and now he’s actually sitting on his own for a moments before toppling over! He’s only 5 1/2 months, WHY WHY WHY????

7. For a few years now, I’ve been trying to find a similar version of Fresh and Easy’s Honey Greek Yogurt in our area. We don’t have a Fresh and Easy in Oregon, so I can only get this yogurt when I go and visit Josh’s grandparents in So Cal. But, last week, when I was at the store trying to figure out which Greek Yogurt I wanted to use in our smoothies, I decided to go with the Greek Gods brand and I tried out their honey version. OMG, it tastes almost like the Fresh and Easy one!!!! I’m super excited!

8. I haven’t had time to snap a picture yet, but our garden grew a ton while we were gone last week. There is so much green(ness) or greenery out there it’s blowing my mind :)

9. I bought a pair of American Eagle jeans yesterday (my first pair) and they were all of the regular in my size, so one of the guys brought me my size in a short. I kind of laughed at him, because I’ve never been able to wear a short in my life! Well, believe it or not, in the Artist style of jeans, this 5’3 mama, can wear a short!

10. We watched Les Mis the other night. So it was a really good movie. The singing was beautiful, the acting was superb, but holy moley, it felt like the movie was 4 hours long. 45 minutes into it, felt like 2 hours! Great movie, but I don’t think I can sit through it again. Which is odd, because I adore musicals. I guess this one was just to heavy for me.