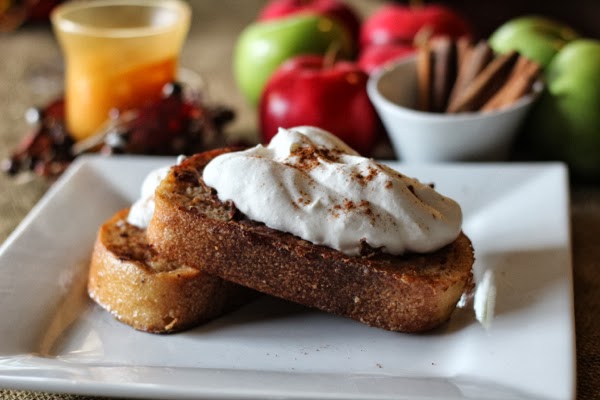 Okay, so, the reality is that summer is and probably always will be my favorite season. I love to be outdoors, I love shorts and polos and sunglasses. I love biking, hiking, and someday I want to make canoeing a hobby…I think. Chels’s? Definitely fall. No doubt about it. Every year, I dread the approaching end of summer, while her eager anticipation of turning leaves, crisp mornings, pumpkin everything, and orange decor builds feverishly. Admittedly, I always find myself enjoying autumn more than I care to let on (I am still mourning the passing of summer, after all), but there’s one facet of the third season I’ve never had to be convinced of – the recipe possibilities are nearly endless. Seriously. The number of amazing fall-themed recipes involving apples, cinnamon, pumpkin, pumpkin squash, and eventually eggnog and gingerbread as November comes into its own, is simply spectacular. More spectacular still is the simplicity with which one’s favorite dishes can be easily transformed into a warm, inviting, fall-flavored meal. My favorite candidate for seasonal transformation? French Toast.

Don’t believe me? Chels and I quite simply love to try variations on the veritable brunch stand by. Leaving out everything we’ve tried and not blogged, here are few of our favorites:

It’s probably not a stretch to insinuate that we have blogged more French Toast recipes over the three and a half years or so we’ve had Catz than any other single dish. What makes it so easy to manipulate? Well, when you think about what a basic piece of French Toast is, it’s just a slice of bread coated in flavored “batter.” So, even without getting outside of the box at all, you can come up with nearly infinite variations on the theme by changing the type of bread and the flavor/style of the “batter.” This is before you stuff it, make custards and sauces for it, or whip up custom butters to melt over it, which is when the tastiness begins to get overwhelming. Yeah, I’m a little nutty for a good piece of French Toast. 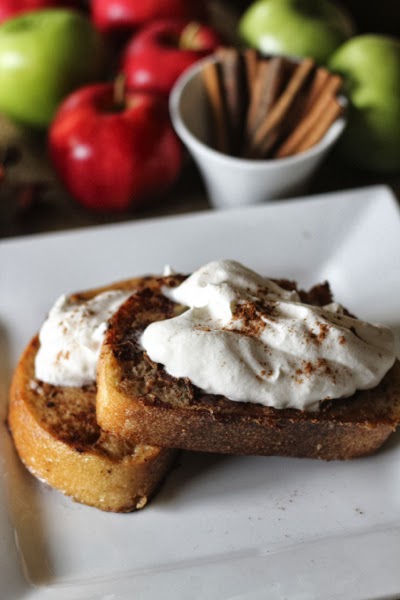 A couple of weekends back, towards the beginning of October, I awoke on a Saturday morning with a familiar hankering for my favorite brunch entrée. Our local farmer’s market here in Oregon City has a number of vendors we’ve grown attached to, but one in particular is a offshoot of a local French restaurant/bakery (boulangerie?). They set up a stand called “Petite Provence” and sell absolutely mouthwatering pastries and freshly baked breads. On this particular Saturday morning, the idea I couldn’t get out of my mind was that of making French Toast with their indescribably heavenly French bread. I’ve used it for sandwiches before, but never for French Toast. The time had come. 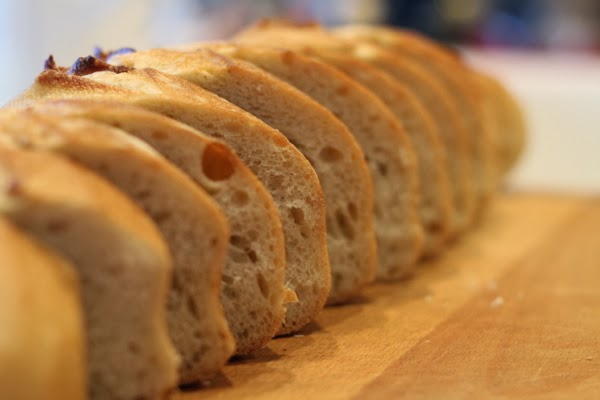 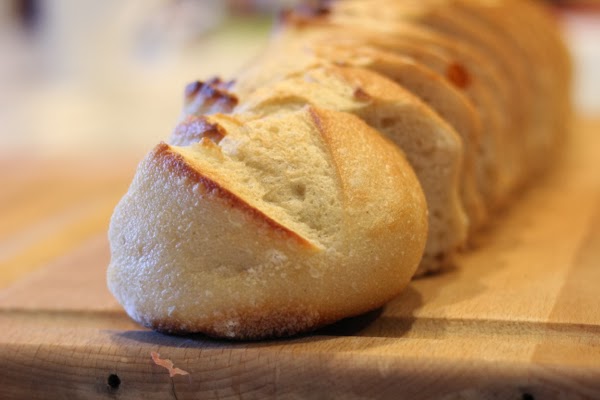 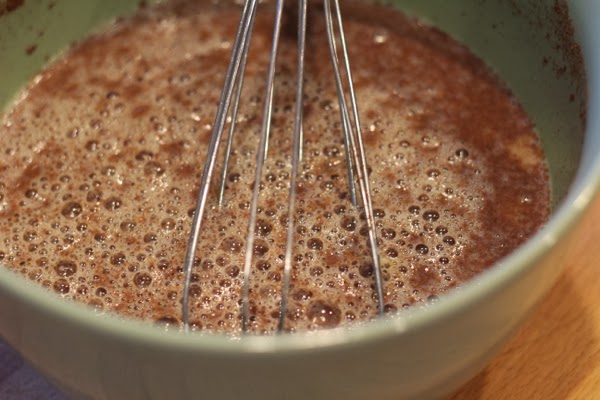 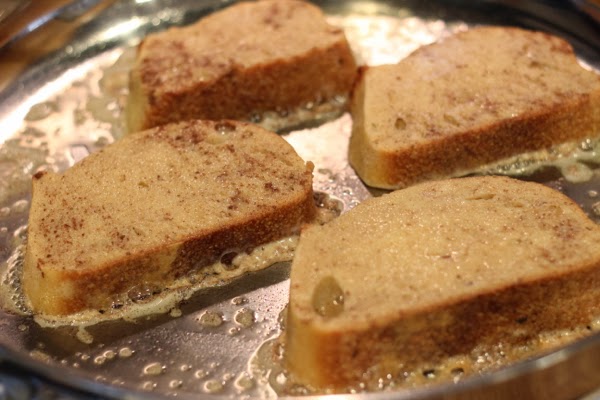 My basic French Toast template is simple, and probably similar to that used by everyone, well, everywhere. Why mess with what works? Good bread, eggs, milk, vanilla, cinnamon, nutmeg, and whipped cream. Make it that way, or begin to build in other flavors – it’s pretty hard to go wrong. I took the girls down to the farmer’s market, picked up the aforementioned French bread from heaven, a delicious pecan cinnamon roll, and spent a few moments pressing fresh apple cider (which was, needless to say, amazing). 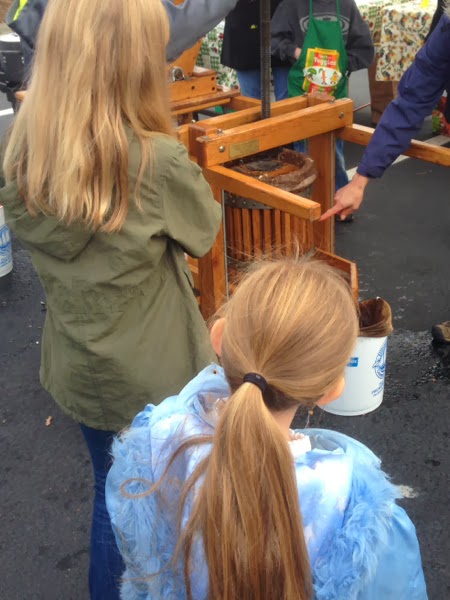 When we got home, and I had cut the bread into nice, thick slices, I pondered my “batter.” It was late in the morning at this point – no time to reinvent the wheel. I was a bit pumpkin-ed out. Too early for egg nog. Berries are not in season. Apple French Toast (with real apples) is excellent, but would take more time than I really had. In the end, I settled on something incredibly simple – adding some Apple Pie Spice and bumping up the amount of cinnamon (which made for a lot of cinnamon, as Apple Pie Spice is just a mixture cinnamon, allspice, and nutmeg). The result? The same delicious French Toast I was craving, with the most amazing French bread I’d ever tasted, and a welcoming autumn spice, lead by cinnamon. I sprinkled a bit of Apple Pie Spice on the whipped cream to enhance the “spice” aspect, and it was quite simply wonderful. 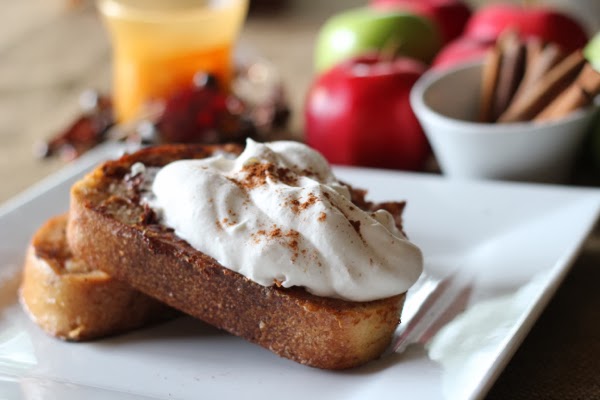 This recipe is easy, festive, and, of course, delicious. It’s not rocket science – just a little tweak to find a new way to enjoy an old favorite. Go find the best French bread you can get your hands on and give it a try!
Continue to Content

[…] the perfect brunch for any post-Thanksgiving company you may be entertaining over the weekend! I told you we blogged about French Toast a lot. Obviously, I wasn’t kidding. I think we’re going to change the name of this blog to […]

I could totally go for a few slices of this heavenly sounding French toast, right now!!

I do love the flavors of fall!! And that bread looks amazing!